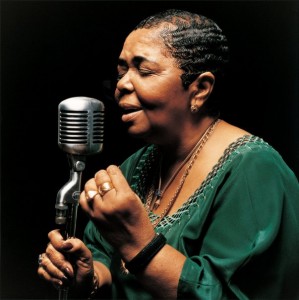 FluffyFish Productions is proud to announce the concert of Cesaria Evora on Monday, 27th, 21:00 at the Larnaca Pattichion Municipal Amphitheatre. The concert will be held within the framework of the ‘Larnaca Festival’.

Cesaria Evora, born in 1941 in the port town of Mindelo on the Cape Verde island of Sao Vicente, is known as “The Barefoot Diva” because of her propensity to appear on stage in her bare feet in support of the disadvantaged women and children of her country.

Widely considered one of the finest and most popular female vocalists Cesaria Évora recreates the dreamy atmosphere of her native island with a luscious blend of intoxicating melodies and compelling lyrics. She is known as the queen of morna, the islands’ sweet, soulful version of the blues, which fuses West African rhythms and European sensibilities with Caribbean and Brazilian influences. With a voice conveying power, vulnerability, and intense emotion, Cesaria, who is often compared to Edith Piaf, Billie Holiday, and Bessie Smith, has brought this unique expression of Creole culture to international audiences.

At the age of 16 she began singing in bars, and at 20 she was singing on the local radio. In 1988 Evora made her debut album “La Diva Aux Pieds Nus” in Lisbon. That year she performed to a small audience in Paris. It would be another three years before her concerts there would be all sold out. With “Miss Perfumado” in 1992 her career took off at speed. At the age of 50 The Legend was born. This was her springboard into the international world of music. “Miss Perfumado” sold more than 500,000 copies in France alone, and earned her 5 gold records. In all, Cesaria Evora has released 10 original albums, has been nominated for the Grammy seven times, won BBC, GRAMMY & UNESCO awards as the leading African Female Vocalist of all times, received one of the most prestigious musical awards of France “Victoire De La Musique”, and she is also the WFP UN Ambassador against Hunger.

Meanwhile, the legend of the Barefoot Diva – the woman who rose from rags to riches with her haunting rendition of the Morna – lives on, delighting thousands of enthusiastic fans worldwide.

In Cyprus, Cesaria Evora will perform songs from her world famous repertoire, such as: Sodade (this piece was also recorded in Greece with Eleftheria Arvanitaki), Besame Mucho, Angola, Jardim Promedido, Tiempo Silencio, Linda Mimosa, along with songs from her latest Grammy award winning album Voz D’amor – and songs from the recently released album Rogmar. If history has anything to do with it we should expect a plethora of awards and why not maybe another Grammy nomination!

Audiences should expect nothing less than a magical evening, promising to take you away to the island atmosphere of Cape Verde which Cise is so renowned for creating. A once in a lifetime opportunity to listen to one of the worlds leading vocalist! 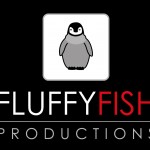