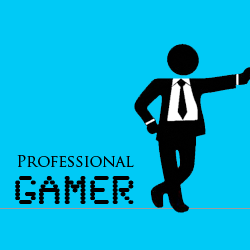 The videogame world has its Halos, Guitar Heroes, Metal Gear Solids and Super Marios and we are grateful for them. But it also has those small budget games and which are usually developed by one or two persons. A lot of them are not any good but there are some that deserve our time. I stumbled on a handful of these games which i have thoroughly enjoyed and i hope you do too.

My intention when i started playing this game was just to have a look at it for a few minutes. One hour later i was trying to knock down the castle in the final map…….

“The game basically involves knocking down one castle after another with your massive trebuchet machine, as you travel around the map visiting each of the twenty-four locations that the resistance had claimed as their own territories.

You get only a limited number of chances to take out all the inhabitants of a castle. Everything is controlled with the mouse, with additional types of ammunition unlocked once you’ve beaten a certain number of stages during your adventure. A castle editor feature is also included with the game, where players can share castles of their own design with others using a handy copy and paste function.”

Something different, beautiful and use earphones for sound if you can….

“The two-to-three minute long game takes place in a tall,……., column, with a block of text suspended at the top. You play a girl, floating in water, surrounded by gently rising jellyfish and two angry piranha-like creatures. Everything else that happens is yours to discover.”

If you need more info on how to play the game let me know. Also there two possible endings that i could find.

Ironically this game is still in development but i was really impressed with the art and the idea of how the game plays.  Check the video.

“The Unfinished Swan is a first-person painting game set in an entirely white world. Players can splatter paint to help them find their way through an unusual garden.”

This was my favourite game in 2008 and one of the best games i have ever played. Developed by one man, Jonathan Blow, the game was first released on Xbox Live Arcade last year and i simply fell in love with it. I have even downloaded its soundtrack. It costs 1200 Microsoft points on XBLA but it’s now available for the PC for US$15. There is also a demo available you can try.

“Braid is beautiful, entertaining and inspiring. It stretches both intellect and emotion, and these elements dovetail beautifully rather than chaffing against each other. Still wondering if games can be art? Here’s your answer.”